Working out sucks, dude. You know what sucks more, though? Finding out after 30 years of living that French Silk pie is the EASIEST FREAKIN’ PIE IN THE WORLD TO MAKE! Much like my discovery of Slutty Brownies, after discovering the recipe and making the pie, I felt cheated. All these years I spent hanging out at Baker’s Square in Milwaukee eating their pie, dealing with evil stares from the waitstaff because I wouldn’t leave, when I could’ve been at home eating that very same pie and watching Sex and the City. By the way, is it just me or is Big (Chris Noth) a “two-face”? You know, from Seinfeld, where depending on the lighting he either looks really hot, or like a bird with two black eyes. 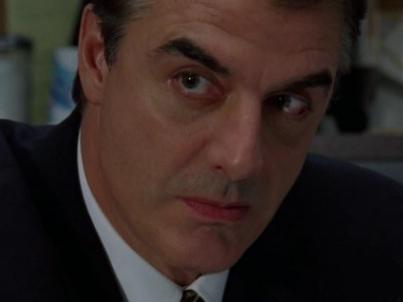 Anyways, I made the pie and it was delicious! I think I’m going to do a peanut butter silk pie and combine them, because that’s the next logical step, obviously. Also, this pie contains raw eggs. But don’t sit there and get all Food Safety Inspector Sally on my ass because you and I both know you’ve eaten your fair share of raw cookie dough in this lifetime. What’s also cool is that you need to beat each egg for like 4 or 5 minutes, so you’ve got a good 20 minutes to clean up the mess from making the pie while your stand mixer does all the heavy lifting. I’d say “heavy beating”, but then it sounds like I’m in an abusive relationship with my stand mixer. I kinda am actually…I nicknamed him Mr. Grey.

I also created my own topping recipe that tastes like whipped cream, but holds up a lot better and for a longer period of time. In case, for some strange reason, your pie doesn’t disappear immediately. 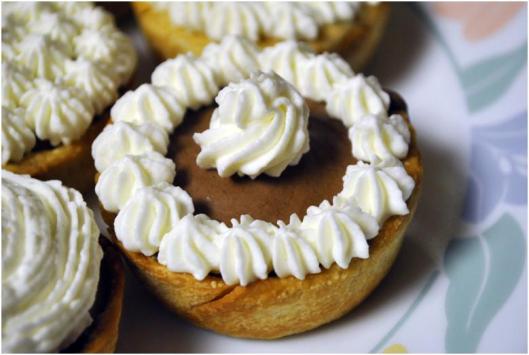 And I made eight mini pies by tearing apart another refrigerated pie crust and stuffing it into some regular sized muffin tins. These are good for folks who need to eat their pie on the go, or a miniature clown looking for something to throw in another miniature clown’s face. 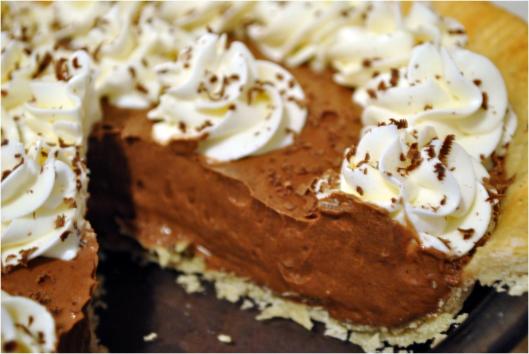 I took this picture after the pie had traveled 2 hours unrefrigerated, so it’s a little soft. It should be kept refrigerated and served cold for optimal results.  It’s also missing some filling because I used a few scoops of it to fill my mini pies.

In a large bowl with an electric mixer beat 1 cup (2 sticks) of salted butter and 1 ½ cups of white sugar until fluffy (about 1 to 2 minutes). When melted chocolate is cooled, drizzle it over the butter/sugar mixture. Add 1 teaspoon of vanilla extract. Beat the mixture thoroughly until combined (on a Kitchen Aid mixer, you will be using the whisk attachment).

Turn your mixer to a medium speed (level 7 or 8) and over a period of 15 to 20 minutes add in the four eggs, one at a time, leaving about 5 minutes between each egg addition. Once the pie filling is well mixed, pour it into the baked pie shell. Smooth out the pie filling and place pie in the refrigerator to chill for at least two hours (preferably longer).

Topping Preparation Instructions
In your stand mixer whisk whipping cream, ¼ cup sugar and 1 tsp. vanilla until stiff peaks form. You can use this to top the pie, or you can continue on to make a heavier duty frosting that is similar to the Baker’s Square/Perkin’s pie topping.

In a small saucepan whisk flour into milk and heat, stirring constantly, until it thickens to a cupcake batter consistency. This happens quicker than you think, so don’t let it burn! Remove from heat and cool to room temperature. Stir in vanilla.

Using a pastry bag and 1M tip decorate the pie to your liking. Top with grated chocolate, or chocolate curls if you feel fancy.